Turning and turning in the widening gyre
The falcon cannot hear the Falconer;
Things all apart; the centre cannot hold;
Mere anarchy is loosed upon the world,
The blood-dimmed tide is loosed, and everywhere

The ceremony of 1nnocence is drowned;
The best lack all conviction, while the worst
Are fiull of passionate intensity.
Surely some revelation is at hand;

Surely the Second Coming is at hand
The Second Coming! Hardly are those words out
When a vast image out of Spiritus Mundi
Troubles my sight: somewhere in sands of the desert
A shape with lion body and the head ofa man,
A gaze blank and pitiless as the sun,

Is moving its low thighs, while all about it
Reel shadows of the indignant desert birds.
The darkness drops again, but now I know
That twenty centuries of stony seep
Were vexed to nightmare by a rocking cradle,
And what rough beast, its hour come round at last,
Slouches towards Bethlehem to be born ?


Introduction to the "The Second Coming"

The Second Coming' is one of the finest poem ever written by W.B. Yeats It treats of the poet's belief that the modern Christian civilization has travelled far away from its starting point and is reaching its last end. The second incarnation is to take place to give rise to a new civilization or a period or two thousand years. The inspiration to compose the poem came to the poet from the reports of violence that played havoc with the Irish during the Easter Uprising of 1916 and the Irish Civil War of 1919. The Irish Civil War followed the First World War of 1914-1919. The poem is the outcome of a state of mind troubled with ominous foreboding. The poet believes that one civilization comes to an end where it has gone far away from its central principles. It is followed by another civilization of a different nature whose seeds lies in the dying form of the former one.


The title of the poem suggests a new manifestation of God to man, The at the new shape of things Christian era draws to its close. We do not know will be but it must be terrible as it WIll lead to a revolutionary change. Old things Have broken down in the great world war and the Civil wars. The mob tv May rise and the dark forces of the pre-Christian will come into their cdumes The Second Coming unites the poet’s political and musical agam. in an intense and visionary artistic whole.

The substance and Analysis of the 'The Second Coming'

'The Second Coming' The poem begins abruptly as if the poet is dreaming of a vision and expressing it and in his trance he sees a gyre or cone rotating rapidly around a fixed centre, informing about and signalling towards a change of civilization and age. Its circumference gradually widens and ultimately even the centre fails to control its movements. Disintegration sets in; things, fall apart, the centre cannot hold.


The falconer has lost control over the falcon, because of the lack of contact-man has ceased to hear the call of soul (spirit) because the world is too much with him. Since intellect and materialism, science, technology and rationalism is too much with us, it is leading us towards destruction. As a result, sheer anarchy is let loose, everywhere there is violence and bloodshed. Disruption and convulsion is prevailing everywhere. The centre cannot hold control. Consequently, traditional and aristocratic life and thereby innocence and purity are in danger of extinction. The best, the wisest, the aristocratic have lost all faith and conviction, and the worst, the masses, are fanatical, violent and irrational.

Poetry (from the Latin Poeta, a poet) is a form of literary art in which language is used for its aesthetic and evocative qualities in addition to, or in lieu of, its apparent meaning. poetry may be written independently, as discrete poems, or may occur in conjunction with other arts, as in poetic drama, hymns, lyrics, or prose poetry. its published in dedicated magazines, individual collections, and anthologies.
Read Also
Critically analyze John Keats' poem 'Ode on a Grecian Urn'
Poetry and discussions of it have a long history. Early attempts to define poetry, such as Aristotle's Poetics, focused on the uses of speech in rhetoric, drama, song, and comedy. Later attempts concentrated on features such as repetition, verse form rhyme, and emphasized the aesthetics of essays, and novels. From the mid-20th century, poetry has sometimes been more loosely defined as a fundamental creative using language. 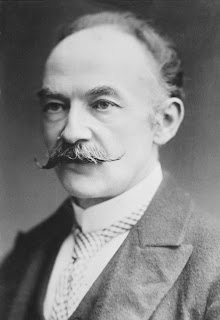 We stood by a pond that winter day,
And the sun was white, as though chidden of God,
And a few leaves lay on the starving sod;
--They had fallen from an ash, and were gray.

Your eyes on the me were as eyes that rove
Over tedious riddles of years ago;
And some words played between us to and fro
On which lost the more by our love.

The smile on your mouth was the deadest thing
alive enough to have strength to die;
And g grin of bitterness swept thereby
Like an ominous bird a-wing........

Since then, keen lessons that love deceives,
And wrings with wrong, have shaped to me
Your face,and the God-curst sun,and tree,
And a pond edged with grayish leaves.

What have you looked at, Moon,
In your time,
Now long past your prime ?'
'O,I have looked at, often looked at
Sweet,sublime,
Sore things,shudderful,night and Moon
In my time.'
'What have you mused on,Moon,
In your day,
So aloof, so far away?'
'O,I have mused on, often mused on
Growth, decay,
Nations alive, dead,mad,as woon,
In my day!'
'Have you much wondered, Moon,
On your round,
Self-wrapt, beyond Earth's bounds?'
'Yes,I have wondered, often wondered
At the sounds
Reaching me of the human tune
On my rounds'
'What do you think of it, Moon.
As you go ?
'O, I think of it, often think of it
As a show
God ought surely to shut up soon,
As i go.' 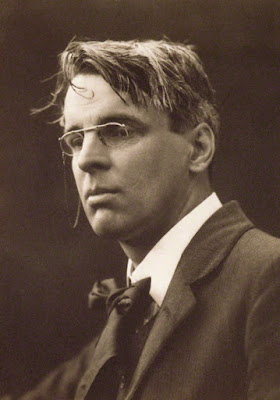